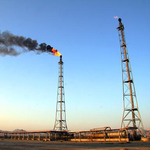 From the Western Environmental Law Center
​
Today, after a decade of advocacy led by WELC, the Bureau of Land Management released new rules that will reduce methane pollution from the oil and gas industry, the nation’s largest methane emitter, on our public lands. This represents a huge win for the climate, since methane is a greenhouse gas 87 times more potent than carbon dioxide. Importantly, this is also a win for native communities like those in Greater Chaco, whose air received an “F” grade for ground-level ozone. This triple-win will also benefit taxpayers, who have lost out on $300 million in royalties over the past 10 years. This is your victory.