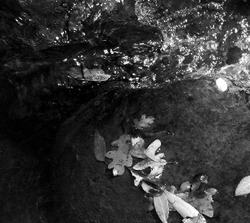 Rafting the Rio ​ ​After reading, researching, and writing about the Rio Chama Watershed in a layperson’s sort of way over the last few years, I finally had the opportunity to actually be on the body of the river itself for a glorious stretch of time over a few days this last summer.  An almost overwhelming realization of the tactile and fluid beauty of the river happened within minutes of setting off from beneath El Vado in a raft with our river guide, Hannah. I was almost happy to realize at the last minute that I’d left my camera behind in the car. I had unwittingly arranged to have the experience without a camera between me, and the river. We were a group of 22, including the “all-chick” crew of five young river guides. Our rafts were laden with food, tents, and rain gear along with a dreadlocked, Huckleberry Finn-type character who would act as our cook and fire-maker, manning a raft of supplies. We’d spot Adam’s raft along the way, eddied in here and there so he could satisfy his insatiable curiosity about the river and its doings.  Two young boys were part of our group as well, one of them from the Taos Pueblo. Hawk, the younger of the two, made me mint tea that first afternoon from leaves he’d collected from the stream bank while floating along during the day. We drank it in a soft, riverine rain while we set up camp at the end of our first day. The surface of the Chama unrolled various moods and faces as we made our way over the course of three days to eventually put out at Christ in the Desert Monastery. Sometimes muscular and full of momentum, sometimes languid and drifting, carrying us along as if it had no knowledge of where it was going. At one point as our flotilla headed into the Wild and Scenic portion of the river, I switched out from a raft to an inflatable kayak and eventually found myself completely alone on the river for a short time with rafts and other kayakers far ahead and far behind. I felt very small, the river very big and full of a long -settled character that I was only on the edge of comprehending. Merganser ducks with their bristly mohawks moved along the current edges with a raft of babies riding in their slipstream. Great Blue Herons swam through the air with their heavy wings looking for muskrats to eat along the riverbanks. Geese traveled just above the water in small groups, conversing in their husky honks as they moved from spot to spot down the river, convening and reconvening. The scenery changed from red towering cliffs dotted with Cliff Swallow nesters to mixed forests of Ponderosa Pine, willow and lots of carrot family plants. This river corridor was overflowing with riparian life. By being on the river for a string of days I had found a way to reseed my soul with a desire to protect this place, this watershed, in whatever small way I could.  Being on the muddy shore of its body, riding a small part of its vast circulatory corridor, connected me to the river, reminding me that these bodies of water existed and we could enlist, if moved, to not only watch them but to watch over them. _________________________________  If you would like to become involved in R.A.C.C, whose mission is to protect the Rio Chama Watershed, please email me at barbaraturner9@yahoo.com and note R.A.C.C. volunteer in the subject line. We are in need of computer nerds, writers, researchers, and board members and would welcome your skillset and talent. 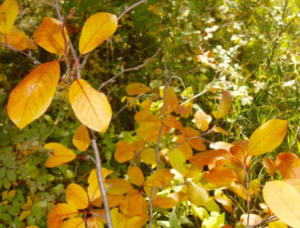 Comment Period Updates for our National Forests With multiple comment periods in different phases for the Santa Fe and Carson  National Forest Revision Plans as well as the Santa Fe National Forest Geothermal Revision Plan, it is difficult to keep up! R.A.C.C’s focus on the dangers of oil and gas leasing and development on Forest Service and BLM land within the Rio Chama Watershed has informed the official comments we have submitted as an organization. We have learned through experience that it is important to comment directly on the (EIS) Environmental Impact Statements, drafts, finals and other documents. For instance, if you are concerned where the water will come from for geothermal or oil and gas development, you might want to comment that, after reading the SF Forest Plan Assessment Report which states that “surface water is over allocated in the state of New Mexico” and that “this means there is little to no ’new’ water available to meet future demands”, you are concerned about industries that use water being allowed to operate in our watershed. The EIS reports are long, so another strategy is to go directly to the section of the document that covers an area of concern for you and tell them what you think they may be overlooking. Again, refer directly to information you find in the document. The Federal Register concerning both the Carson and Santa Fe Forests states that: “No decision regarding oil and gas leasing availability will be made, though plan components may be brought forward or developed that will help oil and gas leasing availability decisions that may be necessary in the future.” The SFNF is currently past the Assessment Phase for the Forest Revision Plan and is currently in what they call the Revision Phase of their plan and that will continue into 2017. We will endeavor to keep you informed of comment deadlines as they surface. The next comment period deadline is for the Santa Fe National Forest GeothermalRevision Plan. Comments are due by October 18, 2016. You can read the Revision Plan and make comments online by going to the Santa Fe National Forest website and clicking on the Land and Resources Management link. You can also email santafeforestplan@fs.fed.us or call the Revision Team  @505-438-5442 for more information. 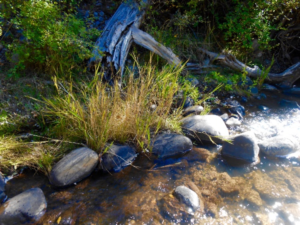 Oil and Gas Leasing Moves Online After Local and National Protests After the Keep it in the Ground’s well-organized efforts to protest the sale of our BLM lands for oil and gas leasing at live auctions across the west, the auctions have been driven from live events to online-only events. Terry Tempest Williams successfully purchased land at one of these protests at a live auction event in Utah claiming she was fueling the growing movement to keep these potentially earth destroying resources in the ground where they belonged. Santa Fe held its own protest this last summer with a high turnout that included Rio Chama Watershed residents. That event successfully brought attention to a BLM lease sale held at the Marriott Courtyard where BLM acreage was going for rock bottom prices for oil and gas leasing. In justifying the move to online lease sales the BLM sites a National Defense Authorization Act Amendment in 2015 that allows the BLM to operate the lease sale auctions exclusively online in an effort to increase “greater competition by making participation easier, which has the potential to increase bonus bids.” ​ Catching the Sun It powers all life on Earth, and it can power our economy. Is America ready for a solar revolution? Is the Rio Chama Watershed ready? Catching the Sun is a great documentary about what’s currently happening with the move toward solar power in the U.S. and it is especially good about explaining how solarization is also powering a new energy economy that trains and employs young people of color. Check it out! You will be inspired to think what it could mean to our region if we joined the drive to go solar. special note:  Wenonah Hauter, author of Frackopoly: The Battle for the Future of Energy and the Environment will host a special event in Santa Fe on Thursday, October 20th from 6:00 to 7:30 PM. The event will be held at Santa fe University of Art and Design, Fogelson Library, 1600 St. Michaels Dr. Call 505-750-4919 for more information.