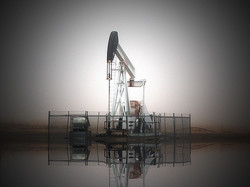 via the New York Times

WASHINGTON — A federal judge on Tuesday night struck down an Obama administration regulation on the use of hydraulic fracturing, or fracking, for oil and gas on public lands, a blow to President Obama’s muscular stand on the extraction of fossil fuels on government lands.

The rule, released by the Interior Department in March of last year and scheduled to take effect this Friday, was designed to increase the safety of fracking. It would have required companies to comply with federal safety standards in the construction of fracking wells, and to disclose the use of some chemicals in the fracking process.

Judge Scott W. Skavdahl of Federal District Court in Wyoming ruled that the Interior Department lacked the authority from Congress to issue the regulation, and also noted that fracking was already subject to other regulations under state and federal law.
The decision comes amid a heated political debate over fracking, which involves the injection of water, gravel and chemicals underground to extract oil and gas. The technology has produced an oil and gas boom in the United States, but environmentalists say fracking can contaminate groundwater and lead to the leaking of methane, a potent greenhouse gas.

The blocked rule would not have affected most fracking operations in the United States, since it would have applied only to fracking on federal lands. The vast majority of fracking in the United States — almost 90 percent — is done on state and private land and is governed by state and local regulations. The rule was unlikely to have stopped most new fracking on public lands, although oil and gas companies complained that it could have slowed operations by creating burdensome paperwork.

“It’s unfortunate that implementation of the rule continues to be delayed, because it prevents regulators from using 21st century standards to ensure that oil and gas operations are conducted safely and responsibly on public and tribal lands,” the Interior Department said in a statement from the agency’s spokeswoman, Jessica Kershaw.
Nonetheless, the oil and gas industry and Republicans who have opposed Mr. Obama’s environmental regulations claimed a victory.

“Today’s decision demonstrates B.L.M.’s efforts are not needed and that states are – and have for over 60 years been – in the best position to safely regulate hydraulic fracturing,” said Neal Kirby, a spokesman for the Independent Petroleum Association of America, which had sued the administration over the rule.

The House speaker, Paul D. Ryan of Wisconsin, said in a statement: “Hydraulic fracturing is one of the keys that has unlocked our nation’s energy resurgence in oil and natural gas, making the United States the largest energy producer in the world, creating tens of thousands of good-paying jobs, and lowering energy prices for consumers. Yet the Obama administration has sought to regulate it out of existence. This is not only harmful for the economy and consumers, it’s unlawful — as the court has just ruled.”

Environmentalists say they held out hope that the rule would be upheld by an appeals court.

“Our hope remains that the full 10th Circuit will continue its review of the case and uphold this rule,” said Lena Moffitt, the director of the Sierra Club’s Beyond Dirty Fuels campaign.

“While there is no way to ever make fracking safe, the oil and gas industry has repeatedly proven that it needs more standards to keep the public safe from the dangers of fossil fuels, not less,” she said.