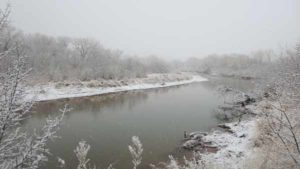 Rio Arriba Concerned Citizens will host a public meeting on Saturday, February 20th, from 3 to 5pm. The meeting will be held at the Rural Events Center.

The purpose of the meeting is to update community members on the status of  potential oil and gas development (aka fracking) in the Rio Chama Watershed. Many of you wrote letters of protest to the BLM concerning leasing of public land in our watershed to oil and gas interests. Kyle Tisdel of the Western Environmental Law Center will be the main speaker at this event and he will address the current status of these public land parcels and offer recommendations for going forward.

Rio Arriba Concerned Citizens will also update the community on our progress and our plans to protect the air, land and water of the Rio Chama Watershed.

A short film about how other communities are dealing with fracking will follow and we will end the afternoon with pizza and a chance to socialize.

Please add this important event of local concern to your calendar.  We hope you can join us! 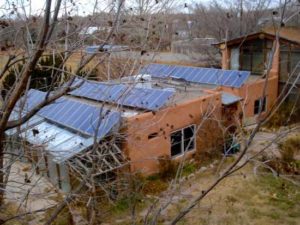 The whopping 30% tax credit for solar power investment, due to expire in 2016, was recently extended. This is big news as more watershed residents here in the Rio Chama Valley are warming up to the idea of going solar, but need a financial incentive to tip them over the edge. In other words, if you put in a $10,000 system on your primary residence property, you will get a $3000 tax credit from the federal government, and can write that off over the next 5-7 years if you need to. The government is essentially paying for 1/3 of your solar array. They are also paying for some of the future energy cost savings that you will realize.

For residential solar, the 30% tax credit on the total cost of a solar installation, including materials and labor, remains through 12/31/2019. After that projects that start construction in 2020 and 2021 will receive a ramped down 26% and 22%, respectively.

Back in 1916 the US Congress decided on a policy to subsidize oil and went all out, providing deep tax credits to oil and gas developers that went on for years and continue without interruption. Now it is time, given global warming, to decide on a new government policy that puts the same kind of commitment behind alternative energy. The extended renewable tax credits are a start. Any one in the RCV with an option to go solar should seriously consider this deal.

RACC Supports The Keep It In the Ground Act

RACC recently sent letters to our state Senator Tom Udall, Senator Martin Heinrich, and Congressman Ben Ray Luhan in support of a visionary act that would ban new drilling leases for oil and gas on government lands in the West and elsewhere. This act would also require existing oil and gas leases on public lands be reviewed and revoked if commercially viable production criteria are not being met. The leases going forward in the Rio Chama Watershed may very well fall into this category.

Read the letter we wrote in support of The Keep It In The Ground Act.