Dear Congressmen: Keep It In The Ground 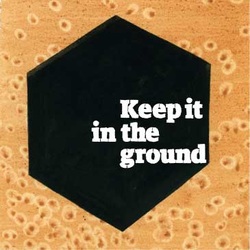 The following letter was sent to US Senators Udall and Heinrich as well as US Rep. Ben Lujan

Rio Arriba Concerned Citizens is an educational organization dedicated to protecting the air, water and land of one of Northern New Mexico’s most vital water resources – the Rio Chama Watershed.

We are writing to encourage you to support the Keep It In The Ground Act of 2015.

We believe your support of this visionary act will protect the welfare not only of our community and water here in the Rio Chama Watershed but on a more profound level, the planet as a whole.

Here in the Rio Chama Valley we are currently engaged in a Sisyphean struggle with potential oil and gas development in our watershed. Our biggest challenge has been to educate the BLM and the US Forest Service about the vital importance of this watershed’s clean water to our community and the rest of the state of New Mexico. Given the documented dangers of oil and gas development to the environment, we believe that ending new leases for fossil fuels on all Federal land will ultimately help protect our watershed.

We also believe this act will prevent the release of 90% of the potential emissions from the Federal land’s cache of fossil fuels. This act makes undeniable sense when the International Energy Agency has stated that two-thirds of the world’s coal, oil and gas reserves must stay in the ground to avoid triggering dangerous and irreversible climate change. This agency’s declaration clearly recommends that it is time to address the supply side of climate change if we plan on leaving a healthy New Mexico and a healthy world to future generations.

The Keep It In The Ground Act would ban new drilling leases on government lands in the West and elsewhere, as well as requiring existing oil and gas leases be reviewed and revoked if commercially viable production criteria are not being met. This would reduce the tying up of Federal lands that are being misleadingly carried as assets by oil and gas companies. This reduction of sequestered public lands would make it possible for greater resources to be dedicated by government and private industries to the non-fossil fuel energy development we all agree we need to strive for in a world dealing with climate change. With this approach to managing Federal lands we can prevent a significant percentage of the greenhouse gas emissions limit that has been agreed upon by the world’s leading scientists.

Given that 19% of the state of New Mexico’s economy is currently dependent on oil and gas development and revenue it will take a true visionary like yourself to step up and do what is ultimately necessary to move this state to a clean energy future.  We know a clean energy future has to begin now if our watershed, and the planet’s future are going to be viable.  We are hopeful that you will be New Mexico’s visionary leader in the Senate on climate change and put your full support behind the Keep It In The Ground Act of 2015.