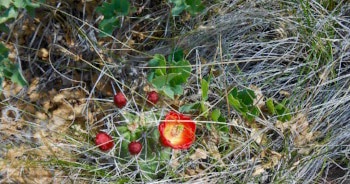 US Department of the Interior (BLM) “Protest Dismissed” Letters

Anyone who wrote a protest letter to the BLM regarding the Greater Chaco Lease Sale has by now received a “Decision” letter from the Department of the Interior. In the form letter it states that the protest was “dismissed”. The letters we all received from the BLM State Office are basically saying that because the sale was recently “deferred” while they complete a cultural study of Chaco, our letters are moot. In other words, there is technically no lease sale now so our letters are meaningless to them and have no legal standing at this point in time.

The lawsuit with Western Environmental Law Center is a separate issue from the deferral of the BLM Farmington Field Office March 8, 2018 Oil and Gas Lease Sale. On April 23rd, a federal judge walked back his previous conclusion that some oil and gas development near Chaco Canyon violated federal law. In late March, Judge James Browning appeared to deliver a partial win to opponents of drilling when he issued an order agreeing that the BLM violated the National Historic Preservation Act when approving some development.

However, Browning recently issued a  “full opinion” and pulled back his earlier conclusion. He stated in the opinion that impacts to cultural sites are considered adverse only when they could “physically destroy or damage the archeological site.” The court also found that BLM’s record supports the conclusion that fracking and horizontal drilling do not significantly harm the environment.

Environmental groups involved in the case are Dine Citizens Against Ruining Our  Environment, the San Juan Citizens Alliance, WildEarth Guardians and the National Resources Defense Council. They are represented in part by the Western Environmental Law Center who is currently evaluating appeal options and researching the basis of Judge Browning’s ruling. You can read a more detailed article about this ruling here.

What does all this mean for the Rio Chama Watershed? Because some of the deferred Oil and Gas Lease Sale parcels are technically within our watershed boundaries, and are considered a part of the Greater Chaco lease sale option, we will be affected by both the lawsuit and the potential future decision by the BLM to determine, after the cultural study is complete, to hold a new lease sale of these same parcels. We will, once again, have to send protest letters! So hang on to copies of your letters as it is possible we will need to re-send them if the lease sale is formally announced again. To all of you who wrote letters at the El Rito Library, we have those letters and you will be able to use them again. To those of you who sent letters in on your own, hang on to a record so you can reformat and send (if necessary) at a future date if a new lease sale is announced.

RACC will be tracking both the lawsuit and any announcement of a new lease sale.  You will receive a new Watershed Alert when we determine that there is a new opportunity for you to influence decision makers regarding potential fracking in our watershed.

Is there anything you can do right now? Yes! We recommend writing an op-ed or a letter-to the-editor and sending it to the Santa Fe Reporter, the Santa Fe New Mexican, the Albuquerque Journalor the Rio Grand Sun.  Let them know that Rio Chama Watershed residents understand the issues around fracking and will remain vigilant and willing to protect this vital Northern New Mexico water resource. You can submit these letters or op-eds by email. Each paper has slightly different rules about submission and length but they make it easy for you!

The more people downriver that know about our watershed, the better chance we have of protecting it. Our new website has a “Links, Resources, Press” section that you can utilize to access factual information about our watershed that can be used in your letters. From my experience, short and to-the-point editorials are more likely to get published.

This beautiful watershed is ours to protect and defend. We are residents in a fragile and essential ecosystem and because we experience its value on a daily basis, we alone are best equipped to educate everyone downriver and encourage them to join our fight. The more times readers of these local papers see the words, Rio Chama Watershed, the better!

Thank you all for staying engaged in your defense of this watershed.

Also, the AQUA ES VIDA art show, and RACC fundraiser, will remain up at the Abiquiu Inn Cafe through May. Check it out if you haven’t had the chance!